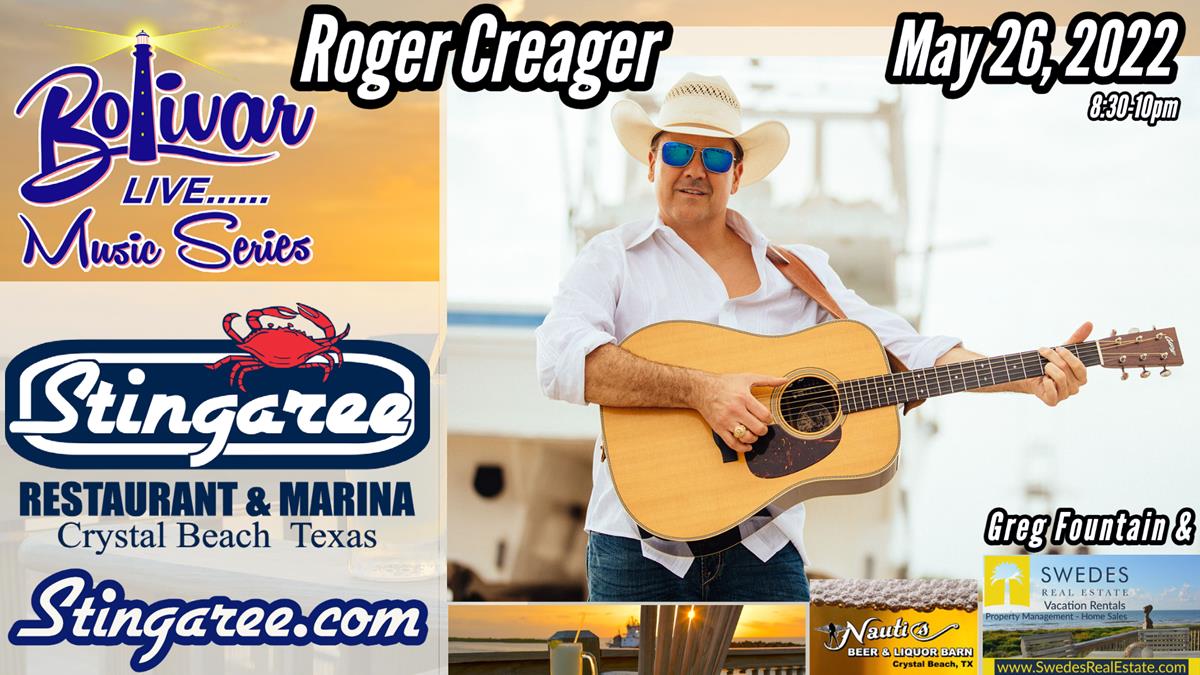 Roger Creager is an adventurist; he does not like to sit still while the world passes by. Whether it’s climbing Mount Kilimanjaro in Africa, jumping off his boat to snorkel with wild dolphins, snow skiing in the Rockies, catching tuna 100 miles from shore, piloting his airplane to far-off concerts, spear-fishing around oil rigs, scuba diving coral reefs, surfing in Costa Rica, or playing music through the Italian countryside, he tries to get the most out of what the world has to offer. All of this finds its way into Roger’s music and live shows. His passion for life invigorates everyone around him including his fan base. Those who get hooked on his charisma and high energy come back show after show, year after year, and record after record.

Roger is very fortunate that his music career allows him this lifestyle. But he gives it back by putting his life experiences and his infectious high energy and zeal for adventure right back into his songwriting and performances. Creager may travel the world, but he never strays far from his small-town South Texas roots and his music encompasses all of him.